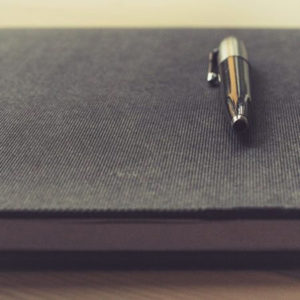 I have been practicing family law for more than 45 years. Every morning as I go to court or my office, I wonder what new thing is going to happen. I have lectured over the years on issues involving divorce and why people get divorced.

Following are some examples of clients’ nuttiness or bad behavior:

1. Several years ago, I represented a husband in a divorce in which child custody of the three children was one of the main issues. In the middle of the divorce, mom reconnected with an old high school sweetheart through Facebook. The next thing that happened was she took off for the state of Washington to move in with her old flame. She left her three children behind. Toward the end of the case, when we were in court, her attorney kept saying that she was on an extended vacation. Needless to say, that did not fly. My client got custody and she stayed in Washington.

2. In another case, my client claimed that he had gambled and lost $200,000 in Las Vegas. The judge gave him two options: Either produce the money or the $200,000 that he “lost” would be awarded to him as part of his settlement and his wife would get another $200,000 from the marital state.

3. I have had many cases in which the question arose as to who would pay for breast implants or other plastic surgery that occurred right before the divorce. One husband asked me why should he pay if he would not have any enjoyment from his radically altered wife?

4. In another case, the wife was caught on camera as she left the marital home at 1 a.m. when her husband was out of town. The problem was that there was a sophisticated video surveillance system outside that recently had been installed to protect the parties from intruders. She went out in her negligee to meet with her former divorce attorney from her first marriage, who lived a couple of blocks away. Needless to say, that was the end of her marriage. They say that a picture or video is worth a thousand words!

5. In another case, the court ordered that the marital home be divided and the husband literally started dividing rooms with a saw.

6. Similarly, I had a case in which the husband burned down the marital home rather than share it with his wife. He did not pass go and went directly to jail.

7. In another case, a husband testified that he did not have a girlfriend during his divorce trial. Shortly thereafter, he was on a trip with his girlfriend when he bumped in to the judge, who was also traveling with her family, at the airport.

8. In another case, I represented a husband who was separated from his wife and having an affair with a nurse. Shortly thereafter, he had two sons a couple of weeks apart. One was with his wife, who he was trying to reconcile with, and one with the nurse at the hospital where he was a surgeon.

Be careful what you wish for. In one case, a husband wanted a special 40th birthday gift. He received it – a manage a trois. Shortly thereafter, he and his wife started mingling with swingers in an organization. She ultimately ran off with the husband of a couple they were swinging with.

As you can see, the examples are endless. This is why family law is never dull, to say the least.

Ask A Lawyer: Hoping Supreme Court gets it right on same sex case

How to Choose A Trademark
Scroll to top